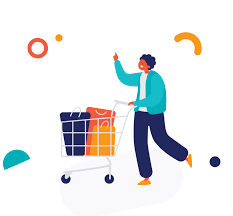 A “buy now pay later” mechanism allows users to purchase a product online by paying overtime. This method can be a good way for consumers to get the products they want without needing to have the cash upfront. The users usually purchase the products on credit at a reduced cost. The employed buy now pays later services are typically provided by credit card companies, which issue a credit to the users on extended terms and at reduced rates of interest.

The users can then make purchases over an extended period of time under the guidance of the credit providers. The buy now pays later services and usually charges an interest rate of 16% to 24% annually on the total outstanding balance, and users are charged interest on the total amount. However, it is important to check the terms and conditions before signing up, as there are a lot of different types of pay later products on the market, and not all are created equal.

There is a lot of buzz around buy now pay later services in Australia services such as AfterPay and Bpay. (The term BNPL applies to both AfterPay and Bpay.) BNPL enables Australians to purchase goods and services now, with “no interest” or “no fees” on payments over 6, 9, or 12 months. The services are promoted as a way to fast-track your way to financial freedom.

The buy now, pay later concept was first developed in the United States and quickly became popular amongst the American consumer. Almost half the population had used a BNPL provider. In Australia, BNPL providers such as AfterPay and ZipMoney have developed rapidly, with one in three Australians purchasing a BNPL product. BNPL providers charge interest on the money they lend you but do not have to legally register with the Australian Securities and Investments Commission (ASIC). As a result, BNPL has only been considered a fringe industry in Australia up until now.

Before You Subscribe for The Buy Now Pay Later Service…

You can find out more about which cookies we are using or switch them off in settings.

This website uses cookies so that we can provide you with the best user experience possible. Cookie information is stored in your browser and performs functions such as recognising you when you return to our website and helping our team to understand which sections of the website you find most interesting and useful.

Strictly Necessary Cookie should be enabled at all times so that we can save your preferences for cookie settings.

If you disable this cookie, we will not be able to save your preferences. This means that every time you visit this website you will need to enable or disable cookies again.